Let's meet the people behind...

Let’s meet the people behind…

We are proud of what we do

The best teamwork comes from men who are working independently toward one goal in unison.

Our goal is to give you a reason to smile.

Has been working at the Lacroix Denture Clinic since 2008.

Joined her father’s Denture Clinic in June 2008 as a denturist.

Has been working at the Lacroix Denture Clinic since the fall of 2019.

Let’s talk about where all it started

In 1979 after spending six years in Toronto completing his college courses, Serge Lacroix decided that it was in Hawkesbury, his hometown, that he was going to open his denture clinic. He rented a unit in the Assaly Arcade on Main street, bought his equipment and started his business. Almost from the beginning, he worked alongside his sister, Louise, who gave him a hand with the lab work and reception. A few years later, Judith who is still to this day working at our clinic, started working at the reception. The first few years weren’t easy but thankfully people trusted and encouraged him. With long hours, hard work and dedication the clinic grew in popularity and success.

2002 was a year of big changes. Not only did the clinic move to 225 Main Street, but Serge, who kept up with the ever-evolving technology, started offering implant supported denture services.

In 2006 his wife, Lisette, started her dental hygiene clinic as an independent hygienist. She retired in June 2018, after working 40 years as a hygienist, but we now have another hygienist offering hygiene services in our office.

In 2008 Serge’s daughter, Mélanie and Geneviève Bruneault, who had been a fellow classmate in college, joined the practice.

In 2018 Mélanie purchased the clinic. Since then Serge has gradually reduced his hours at the chair to enjoy more time helping with the lab work. He now also acts as a mentor to Kym Haché-Reniers, a new denturist who joined the team in the fall of 2019.

Photos from the beginning: 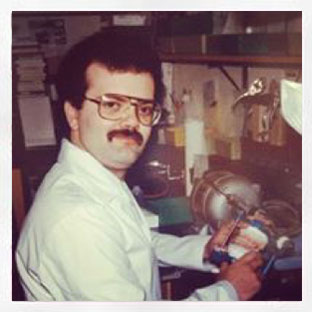 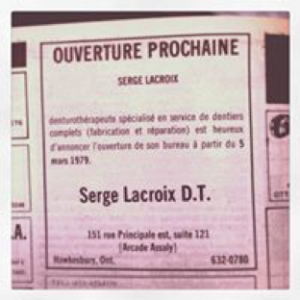 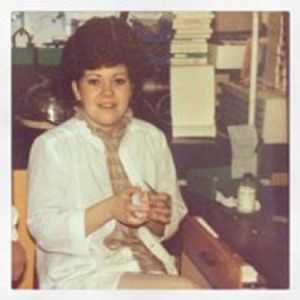 Get in touch with Lacroix Denture Clinic

Please fill out the form below.